Time to tune in to all your favourite UK soaps, past and present, as you search for 22 TV soap titles. Never done a phuzzl before? No drama, click on the - How to Phuzzl - link in the main menu. If you're a regular phuzzler then simply get stuck in. The soap titles appear in checklist order which, depending on the size of your screen, appears alongside or below the story (Hint: try turning tablets and mobiles to landscape view). Your progress autosaves in your device's cookies should you need a break.

The man took out his hand-stitched, calf-skin wallet and flicked it open in a well-practised move that was calculated to be overtly casual. Teasing one of several credit cards loose, he tossed it onto the silver tray holding the bill. His dining partner smiled as she saw the colour of the card – platinum, it matched the glint in her eyes. She wore a carmine pink, low-cut dress over an hourglass figure that was well used to timing men's raised heartbeats. Her glossed lips and long blonde curls shimmered in the dimmed lights as she leaned forward – her chest rising and falling as she waited breathlessly for his kiss. He didn't disappoint.

'Pah!' spat the blonde pulling back sharply from the man. 'Your mouth stinks like a French toilet!' Her stunned co-star remained seated as she stood quickly, knocking the table's glassware into disarray. Sound and lighting technicians scrambled out of her way as she flounced off the set. As she passed the director, her hips took on a noticeable swagger. Gulping, he mumbled an apology and trailed after her like a placatory puppy.

'Take a break, people,' announced the floor manager with a shake of his head.

Over by a fake bay window at the back of the restaurant, an elderly lady wearing a black lace gown, costume jewellery and pince-nez spectacles, dropped the ornate menu she'd been holding for nearly an hour and rose gratefully to join the exodus to the tea-wagon outside. 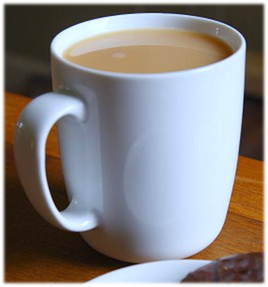 Sitting alone on an ‘old’ trunk made of fibreglass, amongst other discarded props near the stars' trailers, Joyce sipped from a mug of strong tea and flexed toes that had been squeezed into court shoes half a size too small all morning. Muffled shouts came from the leading lady's trailer, shortly followed by the exit of a hassled-looking aide in her late twenties. She spotted Joyce and joined her on the trunk, her shoulders slumping as she gave an exasperated sigh.

'Tough isn't the word. Emma's in a right mood. Nothing's good enough for her today.' She drummed her fingers on the fibreglass. ‘Do this, fetch that, carry this. She’s a devil to work for, yet the public only see her as an absolute angel.’ Susie snorted. ‘In reality she’s a holy cow, and it’s me with the holy yoke strapped to my neck as she burdens me with her never-ending demands like I’m some sort of beast. And does she care? No!'

Susie gasped, 'Oh, Joyce, I'm so sorry! I completely forgot to ask if your biopsy results were back.'

Joyce gently squeezed Susie's hand. 'Don't worry, dear, the lump on my breast is benign. In fact, I'm having it removed in a fortnight under a general. Hospital doctors say it's far too large to leave.' She chuckled, 'Shame they couldn't enlarge the other one to match instead of whipping it out. I've always fancied giving Barbara Windsor a run for her money on the chest front. God rest her soul.' 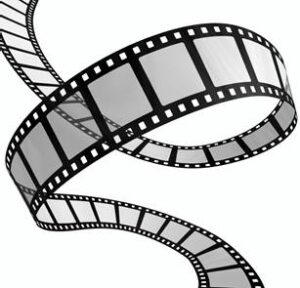 'I'm just amazed you're still working,' said Susie, ‘and I mean that in a good way.’

'It has made me think about what's truly important,' admitted Joyce. 'The state pension alone isn’t a path I can afford to take, yet I do feel I'm at a crossroads in life.’ She shrugged. ‘I suppose I could keep following the low road doing bit part acting or take the high road and go full time, but in a job less physical.'

'What sort of job?' asked Susie.

'My cousin Vera runs a successful business from one of the arches down by Albion Market and I help her out on occasion. It's a nice little earner but not exactly rolling in silver. Streets ahead of what I earn as an extra though.'

'I know the feeling. Six years I've been Emma's skivvy and for what? Minimum bloody wage, that's what.'

'Why don't you move on, dear? Try something else.'

Susie shook her head. 'I always wanted to be a film journalist. I've got the degree and everything. That's why I originally took this job – to see how the industry really ticked. Now Emma won't let me go. She's slept with enough film reviewers for me never to get offered an interview whenever I try.'

Joyce tutted. 'It happens all too often, dear.'

'About the only journalism job I’m qualified for now,' said Susie, 'is a column on one of those celebrity gossip magazines. And boy do I have some gossip about her.' She traced idle patterns in the dust with the toe of her shoe. 'Trouble is they'd never believe me. Not without proof.'

Joyce nodded. 'I’ve heard rumours she's no saint and weds or beds anyone who can further her career. Is it two divorces now or three?' They both went silent as the director, Howard James, hurried past clutching a bottle of champagne. He headed for Emma's trailer. The words 'Come closer, darling…' were cut off as the door clicked shut.

Joyce nudged Susie, 'Looks like she's headed Howard's way. With his connections in the States, he's a good bet for a ticket onto the Hollywood A-list.'

Susie sighed. 'Hasn't he already got a wife, and a young family?'

'Affairs are rarely of the heart, dear. Sadly, Howard's wife will be the real loser in this little love triangle.' The two women paused as they reflected on how the film industry had affected their own love lives. In Susie's case, it had kept her too busy for a steady relationship, while Joyce had swapped family for potential stardom that never came.

Susie drummed an angry tempo with her heels on the trunk. 'When it comes to turning ass into assets,' she said, 'Emma's certainly had the practice.' Joyce listened intently as Susie continued, 'She'd sell her own mother down the river. Settees in casting offices from Wardour Street to Waterloo Road now have plaques saying, In memory of Emma Dale - laid, but not to rest.' Susie snorted at her own joke before adding quietly, 'She keeps a diary you know – filled with sordid details of all her conquests. She says it's her pension for when she loses her looks and leading roles.' 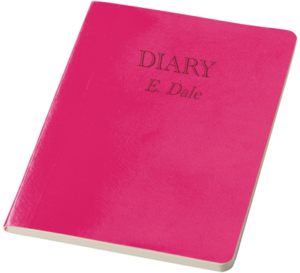 Before Joyce could comment, the floor manager appeared and started ushering the extras back on set for some additional background shots.

'Looks like you've got to go,' said Susie. 'Emma's done for today. Good luck with the operation, or will I see you at the big street scene next week?'

'Don't talk to me about crowds and coronations. Treated like cattle we are, standing all day in the sun or rain.’ Joyce shook her head. 'No, I've decided not to do street scenes anymore.' She grinned. 'My next booking is in a re-make of Shampoo starring Kelly Brook. Sidelong shot of elderly customer having blue rinse is my official line in the script.' Giving Susie her empty mug, Joyce's grin turned into a grimace as she squeezed her aching toes back into the court shoes. Susie wished her well and watched with concern as Joyce headed back on set – wincing with each step.

Later that day, Joyce – in her own clothes and carrying a carpet bag old enough to be back in fashion – stopped to share a joke with a security guard by the studio gate before leaving. They both turned on hearing Emma's voice scream, 'Oh my God! Where is it? What have you done with it? Find it now or you're sacked!'

The guard immediately headed in the direction of the commotion and nearly ran into a frantic Susie coming the other way. Susie grabbed the guard's arm and demanded, 'Have you seen Mrs Dale's diary? It's gone! It's got a bright pink cover, you can't miss it.' The guard shook his head and went off to help with the search. Spotting Joyce, Susie cried, 'What shall I do? She'll have me strip-searched like the last time she misplaced it. Or worse, if it doesn't turn up I'll be fired.' Her face crumpled and her eyes welled up with tears.

'Is that such a bad thing, dear?' Joyce opened her carpet bag, took out a handkerchief, and gave it to Susie. 'Perhaps it's time both of us moved on in our lives?' She reached into the carpet bag once more. 'Here's my cousin Vera's card, why don't you look her up if you fancy a change? You never know what the future might hold.'

Susie dried her tears on the lace handkerchief, mumbled her thanks, and handed it back. Joyce patted Susie's arm and opened her carpet bag to return the handkerchief. There was a flash of bright pink before the clasp snapped shut.

Susie stood open-mouthed as Joyce winked and strolled away. It took several seconds before Susie looked at the business card clutched in her hand. She ran her fingers over its embossed lettering, which read, Vera City – celebrity news and publicity agent. Underneath in italics the words, Good money paid for juicy gossip, caught her eye.

Susie heard further angry screams from the lot behind. She smiled, carefully pocketed the card, and turned to join the fruitless search for her boss's diary. 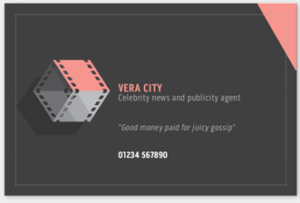 Did you find all twenty two without repeats? Well done if you got a clean sweep of soaps. If not, then click here to reveal all.

Download a printable UK Soaps phuzzl PDF version (includes answers at the end) if you prefer. Be sure to recycle it by passing it on for others to do!