New to phuzzls? Click on the - How to Phuzzl - link in the main menu. Otherwise, it's time to roundup the 30 TV quiz shows hidden in this easy phuzzl. The show titles are hidden in checklist order which, depending on the size of your screen, appears alongside or below the story (Hint: try turning tablets and mobiles to landscape view). Your progress autosaves in your device's cookies should you need a break. Good luck. 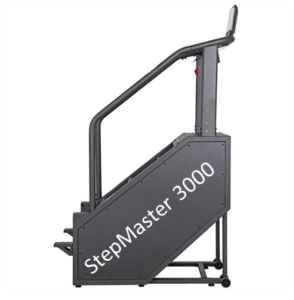 The day began like any other for Mark – eating breakfast with his family whilst recalling all the London Underground stations. When he’d finished his mental journey through all sixty stops east to west along the District Line, he considered going for golden syrup on his porridge. But, as his wife had pointed out recently, it had been a while since he’d used the Stepmaster. Mindful he was on the last notch of his belt, he added a splash of milk instead.

Mark got out his smartphone to confirm the winning odds for the last ten Grand National winners as his wife placed a cup of Earl Grey on the table. Katie kissed her husband gently on the forehead before reminding him that phones were banned at the dining table. He eyed his two children opposite with love, yet envy at the pile of toast soldiers they each had in front of them – bathed in organic butter, and guarding a perfectly soft-boiled, free range egg.

Heads bowed over their iPads, they were ignoring their food – their mother’s no technology rule obviously didn’t extend to tablets. Mark quietly returned his phone to the inside pocket of the tailored suit jacket draped round the back of his chair. It was pointless arguing with the only person who ever beat him in a battle of wills. It had taken Mark several years of marriage to figure out exactly how his wife managed it. Her gambit was simple – defy logic and the facts and you win any argument. Whilst that approach would work for family, fortunes were to be made doing the exact opposite, as Mark knew well from his rather unusual line of work. 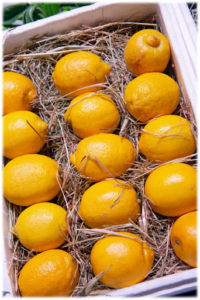 Mark had a car, but preferred walking to the bus stop as, even with the chill in the air, it gave him time to warm up. Between his house and the sixth shop on the high street, Mark normally recounted all forty five US presidents, but Malcolm, the local greengrocer, was outside his store arranging a display of lemons. Mark had reached Jimmy Carter before the inevitable questioning began.

‘Which gaseous element has the atomic number 36?’ called out Malcolm with a grin as the big man passed.

‘Fact or fiction,’ countered Malcolm quickly as Mark continued on his way. ‘Ruby Walsh rode Ballabrigs to victory in the 2011 Grand National with odds of 15 to 1.’

‘Fiction,’ said Mark over his shoulder, ‘as it was 14-1, and the jockey was Jason Maguire.’

Malcolm picked up a bruised lemon from the display and knew how it felt. He discarded it with a sigh and resigned himself to yet another Google search later that day.

A man in a crumpled check suit outside a car showroom was trying to cover up a rust patch on an elderly BMW using a can of spray paint. Mark paused by the local wheeler dealer. No deal was too dodgy for Frank Harcourt Motors, and even though you put your life in jeopardy if you bought a car from there, Frank was a likeable rogue who always had time for a chat about cars or his favourite TV show – Frasier.

‘Morning Mark,’ said Frank with a broad grin and a wave of the spray can. Predictably, his greeting was followed by an entertainment question. ‘Did you catch Frasier on NBC last night?’

Mark smiled. ‘Yes, it was a re-run titled Fortysomething.’

‘And?’ said Frank with an expectant tone to his voice.

Mark sighed, ‘Which means it was first aired in…’ he paused as his brain cells and memory synapses aligned, ‘…1994. Episode 20 from Season One, I believe.’ That wasn’t a guess.

Two doors on, Mark smiled at the special offer in the window of the old Blockbusters video rental store. It read, 30% off 300! and was accompanied by a faded poster of a bloodthirsty Spartan warrior. Although he’d never seen the movie, Mark could name its leading male actor, the director and when it was first released. For someone who’d graduated with a Masters in Mathematics from Oxford University, challenging himself with the poster’s inadvertent maths teaser proved more interesting than the movie’s credits.

He smiled as he continued on his way, observing and processing everything he saw. Discarded leaflets on the pavement outside the local independent cinema advertised a ‘back-to-back oldies Death Wish trilogy’ screening (originally released in 1974, ‘82 and ’85 recalled Mark) in an homage to the director Michael Winner.

“Take solace in our church for we have the faith you seek,” claimed the modern-day marketing banner draped over the entrance to St John the Baptist’s (feast days June 24th and August 29th, thought Mark). The tagline changed weekly, and often posed questions that amused Mark by having no answer, such as, “When will sinners pay the price?”, “Is righteousness the only way to heaven?” and “Has the countdown to Christ’s return already begun?” 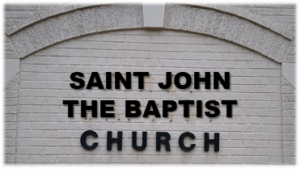 It wasn’t long before Mark passed his old drinking haunt, The John Bull pub. Much to his dismay at the time, it had been bought by a corporate chain, blandly-refurbished and then rebranded as the Cock & Bull.

Sighing at the loss of its traditional features – and a key part of his youth – to fake panelling, faux antiques and flashing modern gambling machines, his only consolation, and some form of payback, was the prospect of emptying their quiz machine on a regular basis over the coming weeks.

When Mark finally reached the bus stop, there was a short queue.

‘I know you,’ one of the waiting passengers cried. Without waiting for a response, the man shot him two quick-fire questions. ‘Which film starred Brad Pitt and Angelina Jolie as assassins hired to kill each other?’ and ‘Which celebrity squares up to politicians on Ghurka issues ‘cos  her father was one?’ He looked smugly at his fellow travellers, who sniggered back when no answer was immediately forthcoming.

Mark, of course, knew the answers to both, but because the man had been rude, waited until the bus arrived with its noisy exhalation of airbrakes before saying, ‘Mr and Mrs Smith, and Joanna Lumley. I win.’ He claimed his prize by boarding ahead of his open-mouthed audience. 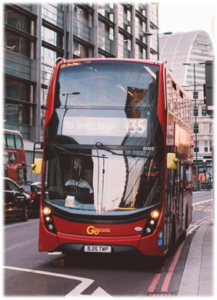 Squeezing his large frame up the narrow stairs leading to the top deck, Mark chose a seat at the front because the row was empty and offered an excellent view of the hubbub of city life below. It also gave him time to identify the make, model and year of each approaching vehicle on the road ahead. At one point, the oncoming traffic lightened significantly for no reason, until the bus drew level with an anxious mother whose child-laden, urban 4x4 was blocking the road with one wheel off. Fortunately for her, and her screaming toddlers, flashing lights announced the arrival of an RAC vehicle recovery van.

The bus dropped Mark only a short distance from his place of work. Tariq, the jovial security guard at the gate, whose encyclopaedic cricketing knowledge of the Pakistani national team usually offered a real challenge, was waiting with a question of sporting legends to have achieved 500+ runs in first class cricket. Mark pointed out that Hanif Mohammad’s 1959 score was only 499 which made Brian Lara’s 501 in 1994 the only one to count. Tariq slapped his thigh and grinned. Waving Mark through, he conceded, ‘Beaten by an Englishman again!’

In the entrance area, a panel of smartly-dressed receptionists – always two male and two female –judged each newcomer with polite efficiency, and propelled anyone who neither worked here nor had an appointment back through the revolving doors without a hand or voice being raised. Mark got four glances and four unspoken yeses, allowing him to stride confidently past. Before using the lifts, he stopped to get his customary drink from the machine in the approved visitors’ waiting area. Inserting a coin, he made his selection, but nothing happened for several seconds. Frustrated at the machine’s lack of response, he raised a hand to strike it. Luckily for the machine, a can of non-Diet Coke dropped reluctantly into the tray. 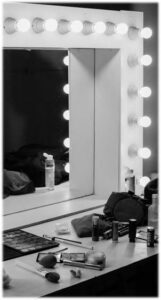 Upstairs in make-up, Mark sipped his sugary drink as he braced himself for the studio’s one-woman gossip machine, Jane, to update him on the daily events he’d be unlikely to have to memorise.

‘Have I got news for you!’ she squealed in his ear as she began to expertly apply powder to his forehead. ‘Melanie, who’s in post-edit, said she and Sheryl – you know Sheryl, she stood in for me while I was in Marbella – saw our very own ice-queen assistant director, Jennifer la di da Jenson, coming out of that new Premier Inn near the Arndale Centre on Sunday morning. Only JJ wasn’t alone. She was arm in arm with that bald American producer, Chip Masterton, who visited the studio last week. Now I’m no brain of Britain, but I’d guess he’s twice her age.’

‘Does that really matter?’ said Mark during a rare gap in the conversation as Jane concentrated on making his eyebrows look menacing.

‘His wife back in the States probably thinks so,’ replied Jane. ‘Now I’m never one to mock the weak-minded, but why is it always older men like him who fall for the first young bit o’ skirt that flashes what’s high above her heels? Not that all men are like that of cours,’ she added quickly. ‘Sheryl and Mel reckon JJ’s after a programme of her own in the States and ready to jump Chip to get there.’

Mark raised an eyebrow at her salacious line of thought.

Jane shrugged her shoulders and added lamely, ‘Anyway, that’s what they think. It’s all over the office upstairs.’

Fifteen minutes later, Mark stood in front of a backup camera that Joe the technician was testing backstage. ‘What pasture grass has green or purplish flowering spikes?’ asked Joe whilst Mark adjusted his long black tie using his image on a nearby screen. Testing the microphone on his lapel by tapping it, Mark detected a faint whine in his earpiece. The floor manager hurried past, saw him shake his head, tapped her watch and yelled back, ‘Never mind the buzz!’ 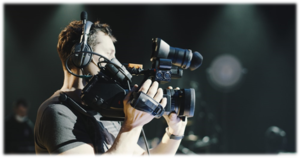 ‘Damn,’ said Joe, ‘I thought I had you there.’ After a few seconds of expert adjustment on Mark’s battery pack, he made the whine disappear.

Waiting behind a set of sliding doors, Mark quietly recited in reverse order the first ten royals in succession to the throne, starting with James Mountbatten-Windsor, son of the Earl and Countess of Wessex. As he reached Prince George of Cambridge, the doors opened. Mark strode confidently along a raised walkway towards an oversize chair. A slight flaring of his nostrils was his only reaction to the awed, almost feral, clapping he received from the expectant crowd seated in tiers to his left. As he sat and leaned forward to look down on his opponent, he recognised fear in the eyes of his prey that told him he had already won.

Still, The Beast knew, the real fun was in the chase.

If you're finding this an uphill contest, then let me show you the answers by clicking here.

Download a printable TV Quiz Shows phuzzl PDF version (includes answers at the end) if you prefer. Be sure to recycle it by passing it on for others to do!