New to phuzzls? Click on the - How to Phuzzl - link in the main menu. Otherwise lock yourself up in a quiet room with a hot brew as you search for 18 famous prison movies biding their time somewhere in this villainous story. The movies are hidden in checklist order which, depending on the size of your screen, appears alongside or below the story (Hint: try turning tablets and mobiles to landscape view). Your progress autosaves in your device's cookies should you need a break - so to speak! Good luck.

Pairs of uniformed staff leaned against each wall of the canteen – strategically positioned to ensure overlapping fields of view of its denim-clad occupants. Each guard’s casual stance and overt air of indifference belied ever-vigilant eyes. Eyes that automatically tracked the last inmate to be served breakfast as he shuffled to join his fellow diners – all hunched and bunched on bolted upright stools at tables forever fixed in rows. 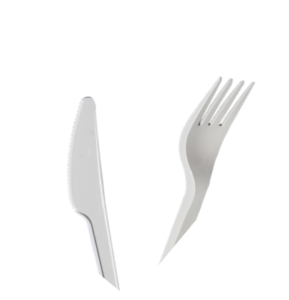 Porridge was always served, but rarely eaten, meaning the air was filled with the smell of sweaty fry ups and carbonised toast. Muttered conversations, between mouthfuls of food and slurps of tepid tea, were the only things to be heard except for the occasional snap of plastic knives deliberately chosen for their ability not to cut.

Talk became heated as appetites cooled, and a sense of anticipation spread as more and more people glanced at the occupants of the table nearest the exit. One of the inmates there, a slender young man with triumphantly-arched eyebrows, and a braided afro which may have lacked beads but not style, rose and was handed a microphone by a nearby guard. 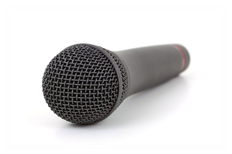 Berni tapped it several times to get the room’s attention, then tutted at the lack of sound coming from the room’s PA system. He switched it on and tried again, but was unimpressed when half the room carried on talking. Berni pursed his lips, slowly undid the top two buttons on his overly tight shirt, and then executed a perfect John Travolta Saturday Night Fever dance move that ended, pointedly, with the microphone barely centimetres from a loudspeaker on the wall above. The feedback this time was far more positive.

Beaming at an audience that was now all ears, he clutched the microphone in both hands like a karaoke junkie and squealed, 'It's Friday, folks!'

The deafening cheer from the seated men erased a week's worth of boredom and was loud enough to make the guards exchange nervous glances. ‘Thanks to our reformative and truly benevolent warden,’ said Berni with a wink, drawing the odd snigger from around the room, ‘…Friday’s when we get to set our own recreational agenda, and boy do we have a line-up of events for you!’ Pointing towards one of his companions, a portly figure with slickly parted hair, ironed creases on his shirt sleeves, and teeth as fluorescent as the lights, Berni said, 'So let me pass you over to our Entertainments Officer, our host from the coast, straight from his world tour as a cruise ship compere and only recently docked – following smuggling charges – yes, it’s our very own …and let's give him a supercool hand…Luke Attmee!'

Thunderous applause, cheers and whistles greeted Luke as he stood to accept the microphone. Several guards’ eyes instinctively mapped out their shortest route to the exit. Bowing, Luke muttered in a rich baritone, 'You're so kind.' Slowly he took a piece of paper from his shirt pocket, held it up like Neville Chamberlain, and said, 'Shadies and gentlemen, I'm proud to present the agenda for our Friday is Fun Day.’ There was a murmur of appreciation. 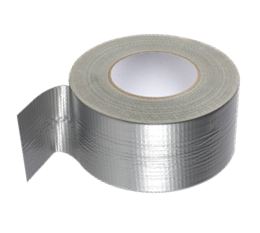 'This morning at nine, our very own headline kidnapper, The Cordless Captor - Victor East, will be running his ever-popular DIY workshop entitled, 101 Uses for Duct Tape. Please bring your own tape and anyone not tied up elsewhere is more than welcome to join.’

‘At ten, self-taught art-lover, Vinnie the Fence will explain how to assess the true value of historic oil paintings.’ Luke smiled at his captive audience before continuing. ‘Vinnie urges anyone coming up to their release and willing to pay a special visit to the National Gallery to attend, as he’s particularly keen to share his interest in the upcoming exhibition on Alexander the Great.'

'Escape your daily woes at eleven by learning to cook with our resident Hebrew baker, Seth the Bookkeeper. Sadly, bagels aren’t provided but he will show you what to do with your surplus dough.’ There was a murmur of approval from the armed robbers in the room.

Turning to his companion, Luke said, ‘Also at eleven, Berni Debt, Broadwood's glamorous dancing instructor…' Berni pirouetted and ended with a perfect curtsey, '…has kindly offered to teach the steps to his street dance hustle.’ Luke nodded at him as he added, ‘Berni says it’s particularly suited to those who are light on their feet.’

Assuming a more sombre tone, Luke said. 'Mountaineering Club has unfortunately been cancelled due to a ban on members after the unexpected success of their new climbing wall last week.' There were several sniggers. 'But we do have something equally highbrow for you – a performance of the fourth concerto of Bulgarian composer Josef Budmanoff.’ 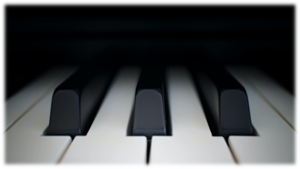 'Lunch…' there was the obligatory cheer at the mention of food, '…will be boiled as usual and there are double portions for those who are able to guess what type of animal factory farm it’s from.’ Luke pointed at the leftover ‘meat’ patties on several nearby meal trays and muttered, 'Hopefully, it'll be better than this horse shank.'

'Redemption for all those sinners amongst us,' this gave rise to the biggest cheer yet, 'will be offered during a service in the chaplaincy immediately after lunch.' Luke smiled. 'Alternatively, another way to count your blessings is by participating in our mathematical quiz aka The Count Off. Monty Christofferson, ex-financial advisor to the sporting elite, currently taking time out to pen his autobiography “From Wags to Riches”, will be manipulating the numbers as usual.'

Luke turned the paper over. 'For those allowed a stretch outside, Yoga class will take place in the grounds at two by the bridge on the river. Quite a lot attended last week's session so get there early.

And there will be no croquet today on the green. Mild Man Murdoch, our resident expert with a hammer, is taking time out indefinitely to reflect on last weekend's scoring altercation. Reverend Williams, umpire of the Sunday games, sadly was one of three people knocked out of the inter-wing competition earlier than the rules intended.' There was a trickle of laughter.

'At four, trestle tables will be set up in the recreation hall for our chess tournament. In the nail-biting quarterfinals, Bludger Harris was narrowly beaten by Toff Boy Branson in a game that went to the last castle. Unfortunately Toff Boy was himself beaten in his cell later by a mystery opponent so Bludger is through by default. Slasher O'Sullivan, Kneecap Nelson and Crusher Mulroy also qualified so the semis promise to be a real battle. Don't miss 'em.'

A desultory cheer accompanied Luke's announcement that tea would be fried and fishlike. 'Then it's into our evening chill out zone. Pappy Lonsdale – Broadwood's oldest guest at eighty nine – will be giving his oft-repeated talk on prisons through the ages and why we youngsters have never had it so good.

While Tom, who runs the Photography Club, will reveal hidden footage taken using an old peephole camera he found when he was in his neighbour's attic. A video documentary will accompany his presentation called, 'Behind the Shutter'.

'I'll hand back to Berni now but before I go, I've one last treat for you. If you're still awake at midnight, espresso coffee and walnut cake will be served here in the canteen.' This unexpected news significantly raised the volume in the room as well as the eyebrows on the guards. Luke gave one last smile and added, 'Nah, only kidding, lock up's at nine as usual!' 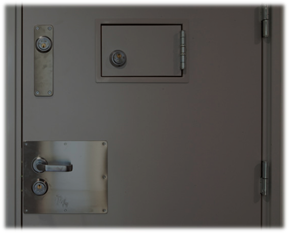 Did one or two escape you? Never mind, you can unlock all the answers here.

Download a printable Jail Movies phuzzl PDF version (includes answers at the end) if you prefer. Be sure to recycle it by passing it on for others to do!