New to phuzzls? Click on the - How to Phuzzl - link in the main menu. Regular phuzzlers can simply kick off as you try to find 20 famous football teams in this easy-ish phuzzl. The teams are hidden in checklist order which, depending on the size of your screen, appears alongside or below the story (Hint: try turning tablets and mobiles to landscape view). Your progress autosaves in your device's cookies should you need a break. Good luck.

The players fell silent when Sir Alex and his clipboard-holding male assistant entered the changing room. As their manager's gaze swept over them, the seated women suddenly found the tiled floor and peeling ceiling fascinating. For several seconds nothing was said and you could have heard a hairpin drop. 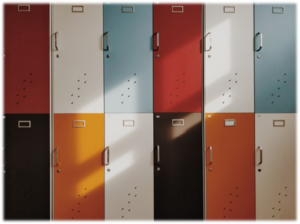 Finally, Sir Alex shook his head and yelled, 'What on earth dae ye call that?  In all ma days as a football manager I've nae seen a first half performance like it.' He slammed a fist against a locker door making several ponytails and bobs jolt into motion. 'It's the quarterfinals an' ye ladies are acting like ye're 'avin' a bloody knockaboot in the park!'

He pointed at a slim, brunette who was wearing the captain's armband. 'Cressida, what wis that effing disaster of a shot?' His finger stabbed accusingly at her. 'Nobody misses an open goal on ma team. Do I make maself crystal, pal? Ace it next time or ye're off the squad.' Cressida gulped and nodded.

Sir Alex turned to another player. 'Jocasta, ye marking's a complete farce! Nullify yer opposing player or we might as well all give up now!' 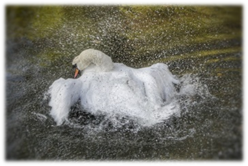 He didn't stop there. 'Bunty, yer diving like a swan. See if ye can stay upright long enough to actually score a bloody goal!' Turning to one of the defenders, he said, 'Lavinia, what's 'appened to those long balls? It goes over, it goes under. Land it at their bloody feet for Robson's sake!' 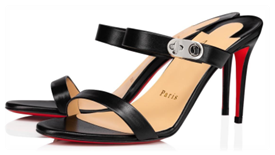 Sienna blushed and prayed her Christian Louboutins weren’t poking out of her kit bag under the bench.

Sir Alex snapped his fingers at two players in the corner. 'Jocasta and Pippa, I like yer enthusiasm but any mair of that dangerous play and ye're heading for a card. If city girls like ye can't thrash a bunch of beach bums from Southampton without chea… '

Sir Alex gave him a withering look. 'I'm the guvnor. Which citification suddenly made ye the bloody know it all?' He turned his attention back to the players. 'Win this game and we get to play Edgbaston. Villains to the core, but three of their best players are oot with injury, so it'll be a shoo in to the final.'  He smacked a fist into one palm. 'There's still time to deliver. Pooling oor skills, oor brains and oor determination we can still win…' his voice took on a conspiratorial tone, '…and this is how we'll do it.'

Respect for their manager along with his infectious enthusiasm made the players lean forward, eager to hear how they could turn a nil-nil draw into a win.

'If it 'adn't already come to yer attention, all the officials are male and that means they're weak,' said Sir Alex. 'Time to use that to oor advantage.' He waved at his assistant who handed him the clipboard. 'The stats speak for themselves, on ref-bias count we've only had three go oor way oot of a possible seven – Alan here's been totting 'em.’

'Hots-per-girl count on their team is also smaller than oors,' he continued, ‘so we've got the physical advantage, but only if ye play dirty by getting flirty. Every time the ref blows his whistle at ye, flout it, pout it, work it. Are ye all with me?’

There was a collective straining of sports bras as everyone shouted, 'Yes, boss!'

Sir Alex pointed at a woman with braided hair as he asked his assistant, 'Is that the girl from West Bromwich, Al?'

Nodding at her, Sir Alex said, 'Three shots on goal is good lass, but wee consolation if they're all saved. Ma advice to ye is, if ye strike it then ye'd better put a spin on it.' Beyoncé nodded. Sir Alex turned his attention to the player on her left. 'And ye…'

'I know, I know,' said Sir Alex, waving him back. 'I just can't bring maself to say it,' Returning his gaze to Chelsea, he said, 'Stop acting like a primadonna, never ton down the wing again unless someone is running up the middle to accept yer cross.' One of the other players nodded her agreement only to be singled out next. 'And ye miss, if there’s fire in yer belly, give it a stoke. Citizens round ‘ere don’t pay good money to watch the paint on yer nails dry.'  She wasn't the only player to immediately hide her nail art by clenching her hands. 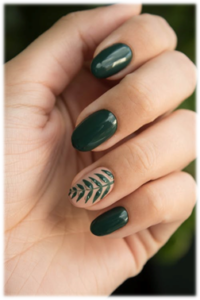 The sole person clad in yellow, Daphne, the team's goalkeeper, was next to fall under Sir Alex's scrutiny. 'Where exactly are ye from originally, lass?' asked Sir Alex.

'Hull…I lived in the city centre, sir,' answered Daphne in a broad accent that was part Yorkshire and part Baltic. There were a couple of sniggers but these soon withered under Sir Alex's northern stare.

'Well, I don't care if ye're from Hull city centre or bloody Manchester city…' he paused. 'Actually that's a lie, I do care and ye wouldn't be on the team now, if ye were. Anyway, keep saving them goals. Ye're doing well.'

Sir Alex stepped back to address the whole team. 'Of oor opponent's starting eleven, their young midfielders are the rawest. Hamper their every move and they’ll soon make a costly mistake.' He held his head high before continuing. 'The final's in two week's up in Newcastle. Unite, educate these bumpkins what real skill is, and above all, score some effing goals.'

As his assistant opened the door wide, Sir Alex gave one final piece of advice to the team. 'Remember, together we can outplay any man or woman. United we'll never be beat …now get oot there and win!'

The girls stood and cheered as one. Proudly, Sir Alex watched them file out. He gave a few personalised words of encouragement to each player as they passed.

The captain, Cressida, was the last to leave. She stopped by Sir Alex, leaned close and kissed him on the cheek. 'Thanks for coaching us Granddad!' she said.

Cressida smiled, grabbed the remaining hockey stick from a rack by the door and left to finish the second half.

'Trouble at Half Time' - The Answers

If you're still stuck at the bottom of the table, then you surely qualify for a sneak peek at the answers by clicking here.

Download a printable Football Teams phuzzl PDF version (includes answers at the end) if you prefer. Be sure to recycle it by passing it on for others to do!