Let's hope you're up 'fur' this canine challenge to find nineteen popular breeds of dog. They appear in checklist order except for the bonus dog which has run off and could be anywhere! Depending on the size of your screen the checklist appears alongside or below the story (Hint: try turning tablets and mobiles to landscape view). Your progress autosaves in your device's cookies should you need a break.

Only two types of people ever visited the Tarred & Feathered pub on Brick Lane, those familiar with London's criminal underbelly, and those unwary tourists caught in its fluff having wandered too far off the Jack the Ripper trail. Horace, the stout figure squeezed behind a table in a dimly lit alcove only two strides from the rear exit – should the need arise – was not a tourist.

Pushing an empty plate to one side, Horace took a swig from his foaming tankard and, remembering his manners, wiped his mouth on his sleeve. He was wondering whether to risk another house speciality – meat 'with complimentary gristle' pie – when the pub's oak door swung open. Deliberately unoiled hinges shrieked their protest giving the ragtag occupants of the pub time to observe and react to whoever was about to enter.

A wiry, hook-nosed man in a flat cap shook raindrops off his poacher's jacket. His husky voice cut through the room like a butcher's saw through bone, 'Blimey, this place hasn't changed.' 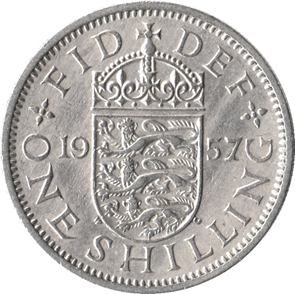 Recognising one of their own, the collective quiet subsided. On hearing the man's voice, Horace retreated as far as his alcove would allow. At the bar, the newcomer greeted the barman amiably and ordered a half of mild. After rooting through several pockets until he found the shilling needed to pay for it, he scanned the room until his gaze landed on the occupant of the alcove.

'Well, look who it is,' he said grabbing his drink and quickly plonking himself down on the vacant chair opposite Horace. 'It's me old mate Horace!'

'Good to see you, Jasper,' said Horace in a tone of voice that implied it was anything but. His pudgy hands cupped his tankard protectively. 'What brings you back round these parts?'

Jasper shrugged, 'Just got out and been lookin' up the old gang…for a bit of a catch-up like. Trouble is, not many of 'em seem to be around no more.'

Horace belched – the smell of stale meat pie made Jasper glance enviously at the crumbs on Horace's plate.

'You're the first of the old gang of six I've seen for a long while,' said Horace. His brow furrowed as he tried to remember past times and places. 'Last time I saw Fingers Malone was when he fought that Italian middleweight down the Harringay Arena. That’s at least five years ago.’

'Handy boxer,' said Jasper, 'Just like his pappy. Lonsdale belt material through and through. Shame that factory payroll caper put a stop to it all.'

Horace frowned. 'I thought he got caught fixing a bout?'

'Yeah, he did,' said Jasper, 'Shared a cell in Parkhurst with some ex-bomb disposal guy who apparently gave 'im a few safe-cracking pointers. Soon as he got out, 'e 'ad a go at Ford's payroll down Dagenham way.' Jasper shook his head. 'Remember we always called 'im Butterfingers Malone behind 'is back?'

Horace chuckled. 'Aye, he was always dropping tools on the job.'

'…so handy now, no,' finished Jasper. 'He lost 'is hand and one eye.' Jasper drank some mild before adding, 'On the plus side, 'e's still got a mean right hook and he's always in demand during panto season.'

Both men eyed their drinks as the church clock on nearby Commercial Street sounded the passing of time.

After the last chimes had subsided, Horace looked at Jasper and asked, 'What about Colin and Freddie?'

'His wife wouldn't be happy about that.'

Jasper chuckled. 'She went wiv 'im. Spent the winter in some ski resort in the Alps. Only they were still there come summer. That's when 'is wife got bored and ran off with some German shepherd. She also took all Freddie's cash. Left 'im right in the lurch. 'er majesty's finest caught him when 'e tried to sneak back home.' Jasper took another swig. 'Doing a ten stretch now.'

'Villainy ain't what it used to be,' said Horace with a sigh. 'How's Colin these days?'

Jasper downed the rest of his drink in one and rested his empty tankard next to Horace's. 'Big-bearded Col? 'E got framed by our old pal Inspector Fulman for that Hatfield House heist. Col got thirteen years and Fulman got made Chief Inspector.'

'Unlucky, but how do you know Colin was framed?' asked Horace.

Jasper avoided looking Horace in the eye as he admitted, 'Cos I dun the Hatfield job. Col 'ad nuffink to do wiv it. Didn’t nick half wot they claimed on insurance though.'

'Oh,' said Horace. He thought for a few seconds then gave Jasper a gentle punch on the sleeve. 'It's not your fault, Jasp. That Inspector Fulman was always a hard case.'

'Spaniel-eyed Sally? The one with the big…'

'…eyes, yeah that's her,' said Jasper with a grin. 'Fulman wouldn't stop pestering 'er. Threatened to close 'er down if she didn't start serving him more than free beer. Sal's brother Bernard is a wedding photographer, so one night she slipped Fulman a special cocktail, and while 'e was sleeping like a saint, Bernard took a few Kodaks up close and personal.' Jasper's grin widened. 'Two weeks after the pictures hit the tabloids, Fulman upped sticks and ended up in the States. I hear he's driving one of those Greyhound buses now.'

'Good riddance,' said Horace slowly. Jasper nodded. Their conversation was interrupted by a loud screech as the front door opened to frame a rain-soaked, yet well-heeled couple wearing matching Harris tweed. The gentleman was carrying a camera and about to step into the room when his sharp-eyed partner spotted the glares coming from inside. Thrusting a soggy street map in his way, she quickly gabbled, 'S…s..sorry,' and tugged the door closed. There were several guffaws from the pub's occupants.

In the alcove at the back of the room Jasper hunched forward so he couldn't be overheard. Horace could smell his own beer on Jasper's breath as he spoke. 'Look mate,' said Jasper, 'I've got wind of a job, and we're the only ones left o' the old gang. 'ow do you feel about a bit o' business?'

Jasper looked round the room hurriedly before hissing, 'Sshh! Now's a good time to keep your voice low like.' Jasper checked the room again before continuing, 'Yeah dogs. Word is, there's an 'eiress who's worth a bob or two who wants dogs, lots of 'em, and is willing to pay.'

Horace shifted uncomfortably in his seat. 'I dunno, Jasper. Last time I had dealings with dogs was in a yacht club break in. The night watchman let them loose even though I'd bribed him not to. I had to dash under a tarpaulin sharpish. You should have seen their fangs, nearly drew blood. Hounded me out and halfway up a mast! If I'd been any slower I wouldn't be here now.'

'These ain't guard dogs,' said Jasper, 'some old bird with too much cash and no sense is looking for a bunch of puppies.'

'Puppies can turn nasty too,' said Horace not sounding convinced.

Jasper stabbed the table with his finger. 'Wot rot! While 'er ladyship's willing to pay good money, why risk nicking jewels or readies and be eagle-eyed watching over your shoulder for the old bill, when you can pick an easy life and round up a few strays?'

Jasper finished Horace's drink before replying. 'To be honest, I was celebrating me recent freedom and a bit squiffy-like when a guy called Pugnacious Pete gave me the lead.' He shrugged. 'Don't matter though, cos he made me write it down, so's I wouldn't forget.’ Jasper lifted his flat cap and removed a crumpled beermat from the lining. Unfolding it, he squinted at it for several seconds until he could make sense of the smeared writing.

'I think I remember now,' he said finally. 'It's some lady called C…da…Cedarville. Yeh, that’s right, Lady Cedarville. She lives in a mansion at number 101 Dalmatian Street.’ He dropped the beermat on the table in front of Horace. ‘Are you wiv me on this mate?'

Jasper winked. 'Come on Horace, it'll be a walk in the park. You'd be dotty to pass on this one.'

'Well…if it's only a few mutts,' said Horace shrugging his shoulders. 'Sounds like easy pickings. Count me in.'

Did you find all nineteen including the bonus dog? Well done if you did. If you want all the answers to be revealed then click here.

Download a printable Dog Breeds phuzzl PDF version (includes answers at the end) if you prefer. Be sure to recycle it by passing it on for others to do!