'Bond's Back' - An easy peasy Bond Movies phuzzl to get you started!

There are twenty five Bond movie titles in this homage to our greatest ever fictional spy. Can you spy them all? The first Bond movie has been highlighted to get you started. They appear in checklist order which can be found alongside or below the story (Hint: try turning tablets and mobiles to landscape view). As you find each film, click that movie title in the checklist. Your progress autosaves in your device's cookies should you need a break.

The balding, shrivelled man in the high backed leather chair scornfully eyed the approach of a suavely dressed man. A man whose air of confidence, rugged good looks and steely eyes thrilled all those he passed.

Raising a withered hand, the emaciated figure waved dismissively at a nearby stool. ‘Sit down, James.’

‘Don’t you “Hello Father” me!’ said the balding man with a snarl. ‘Not a word for years and finally you decide to drop by.’

‘Actually, it’s only been a wee…’ started James but he wasn’t allowed to finish.

‘Thousands your mother and I spent on medical school fees. And did you qualify as a doctor? No you bloody well didn’t. Gallivanted off round the world instead without a single goodbye.’

‘Because I knew you wouldn’t approve,’ said James under his breath. 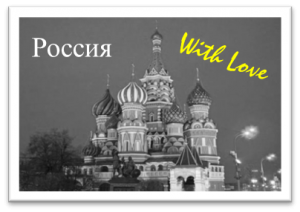 ‘All we got was one lousy postcard saying “From Russia, with love” and you didn’t even sign it!’ A skeletal finger stabbed accusingly. ‘I tell you, that postcard knocked the living daylights out of your mother. Every day you were absent she would cry, “the world is not enough for him” or “I’m sure he’ll be back home soon.” Only you weren’t, were you?’

‘I got a job,’ said James, trying to explain for the thousandth time. ‘Not the sort of job where it’s wise to have a family in tow.’ His father snorted.

‘Your mother always said your future was golden. Aye, she had faith in you, right up to the end. Poor decision if you ask me.’

‘But it wasn’t me who tipped her over the edge,’ said James. There was a bitter tone to his voice.

His father leaned back in the chair. ‘Your mother was prepared to overlook my infidelity for your sake. But not after you left. If you’d given her even a quantum of solace that you were safe somewhere then she wouldn’t have done what she did that evening.’ His eyes took on a faraway look. ‘We were staying in the town house that week. Day after day your mother stared out of the window as if waiting for your return. It was just a view to a Kilburn high street but she kept saying, “He’ll call tomorrow.” Never dies you know – a mother’s hope.’

His claw-like hands gripped the arms of the chair as he continued, ‘I felt that I’d die, another day cooped up with your mother’s pain, so I left her alone and walked to a nearby off licence – to kill some time – and that’s when I saw the casino. Royally screwed your inheritance that night, I can tell you. Returned to find your mother lying on the pavement beneath the open window…’ He paused. ‘…at least the inspector said it would have been quick.’ From his dressing gown pocket he removed a Hermes scarf. On it were letters embroidered in gold. Fingering each in turn, he whispered her name, ‘Monique. It’s the only thing I have left of hers,’ he said as tears began to well.

James’s eyes narrowed. ‘What about her jewellery? She loved her grandmother’s diamonds.’

‘Ah, forever observant, even as a child.’ James’s father thrust the scarf back in his pocket and avoided his son’s accusing look. ‘Cash converters. Ten grand the lot. Of course, I’ll buy them back when I’m flush. They give you a sixth month honeymoon. Ray Kershaw – he’s the manager – says I’m his best customer. His motto is “Live and let diamonds pay the way.” Only I’ve none to sell now.’ He looked around quickly to see if anyone was near, then pulled a crumpled piece of paper from under a cushion.

‘This is for your eyes only,’ he said thrusting the paper at James. ‘Ray Kershaw has a mate in the Bahamas and wants me to go thirds on an aquatic farm. His mate’s discovered amazing medicinal properties in the ink from an octopus, see.’ He jabbed the paper. It was blank. ‘Guaranteed cert, only you’ll need to sub me £50k. Are you in?’ 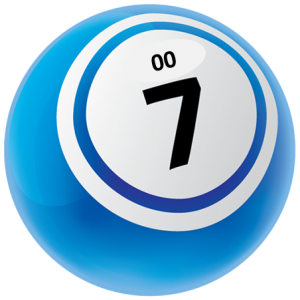 His father stuffed the paper back under the cushion. ‘Okay, I’ve got another plan. There’s this thing called the Thunderball, you only have to match five numbers…’ His voice took on a pleading tone. ‘…and I’ve still got an account at Ladbrookes. How about you lend me £20k and we bet on the sport on Sky. Fall in with me and we’ll both be rich men. What do you say? Go on, you only live twice.’

Before his son could correct him, a loud bong resounded from across the room.

James’s father looked confused. ‘What’s that? It can’t be Jeeves announcing dinner.’ His voice dropped to a whisper. ‘I’m afraid, with my temporary money imbalance, I’ve had to let the man with the golden gong go. I’ve pulled a few strings at the Palace though. Jeeves isn’t so much on her majesty’s secret service as her silver service now. Shame to lose him, he was a good butler.’ 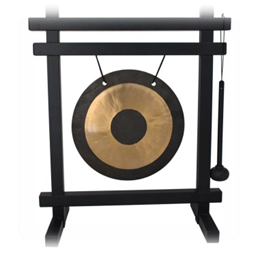 ‘Visiting time’s over,’ said James. ‘I’ve got to go.’ He rose and made way for an orderly pushing a tea trolley before turning back to his father. ‘By the way, you never told me if you liked the DVD boxed set of spy movies I brought you last week.’

James’s father watched the orderly place a cup of tea and some cherry pie on the now-vacant stool. ‘Pah, load of rubbish, never watched ‘em, never will,’ he said.

His father wasn’t listening. ‘This pie? Who loved me enough to bake my favourite type of pie?’

James straightened his shirt-cuffs, nodded at the orderly and strode off down the ward.

‘Goodbye, Sir,’ said the orderly. He turned back to his patient with a smile. ‘I’m sure James Bond will return soon.’

The old man scowled and, through a mouthful of cherry pie, said, ‘My cat. What have you villains done with my damn cat?’

'Bond's Back' - The Answers

Well done if you got all twenty five. If not, remember they are in checklist order, so that might narrow down your search area when looking back over the story. If you're absolutely stuck, then click here to see exactly where each movie title is hidden.

Download a printable Bond Movies phuzzl PDF version (includes answers at the end) if you prefer. Be sure to recycle it by passing it on for others to do!