Twenty one famous Abba song titles have gone undercover like the police in this criminal case of cross-dressing. Can you find the culprits? Although they appear in checklist order this phuzzl is a toughie. Be warned! 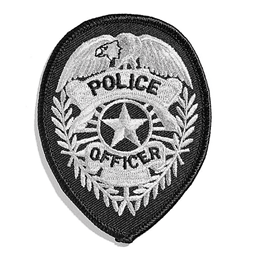 Nate worried he might go cross-eyed. It wasn’t easy trying to view faces entering Club Macerena twenty yards to his right, whilst pretending to work the late night traffic cruising in front of him down 18th Street.

Bordering a district few police officers would brave without Kevlar vests and armoured vehicles, Club Macerena was a dash of high-life for the monied low-life, and a gateway to riches for those desperate enough to sell their soul to organised crime. The last time Nate had visited the club was on a drugs bust. Tonight he was on surveillance but looking far from happy.

An all agency alert from the FBI had said local racketeer and conman, Angel Fernando Gonzales, was looking to fence a set of original, mint-condition $100 plates still hot from the Bureau of Engraving and Printing robbery. Every detective in Washington was now on stakeout across the city in an effort to catch Angel before the mafia offered him a deal he couldn’t refuse. As there were fewer street lights working than the local population around Club Macarena, it needed someone up close and personal to have any chance of identifying their perpetrator. Blending in unobtrusively was always going to be a problem for a police officer round here, which was the reason why Nate wasn’t happy.

‘A black police officer in drag?’ hissed Nate through clenched teeth into his concealed mic. ‘This is discrimination. I don’t see any white officers out here wearing high heels, falsies and a basque!’

A deep-throated chuckle sounded through Nate’s earpiece. It was his partner, Clem, who was sitting in an unmarked squad car out of sight one block over. ‘No white officer’s got an ass as tight as yours,’ said Clem. ‘Besides, I can barely fit in a police cruiser, let alone ladies’ underwear.’ 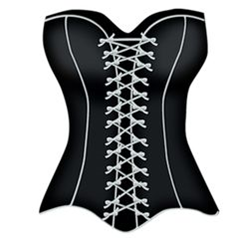 A car horn honked and its occupants jeered as they passed Nate. He gave them the finger then used the same digit to scratch his head. ‘This wig’s itchier than a seven year marriage…and I’m sure one of these boobs is bigger than the other.’

‘And this thing…’ Nate made a rapping sound on the hard bone midriff of his black basque, ‘…is sheer police brutality. When…if…I get out of it, I’m calling my union. Hell, if Charlene saw me in this get up she’d book me a shrink and decamp round her mother’s faster than you can say Usain Bolt!’

‘Speaking of wives,’ said Clem. ‘Mine’s got a bunch of tickets to see Mamma Mia next weekend. You and Charlene want to tag along?’

Nate shifted his weight from one foot to the other in an effort to ease the pain in his scrunched up toes. ‘Nah. I wouldn’t thank you for the musical, Clem. Not unless Rihanna and Beyoncé were in it. Now that would be a mash up worth a front row price tag.’

‘Sorry to disappoint you,’ replied Clem. ‘Any sign yet of our boy Angel? Eyes sharp,  as the word is he’s driving new wheels – a Cadillac ATS sports sedan.’

Nate wobbled precariously on his heels as he paced the sidewalk. ‘I think I’m dressed more for pickups than watching for the sedan scene!’

‘Queen of the night, that’s for sure.’ Clem chortled.

‘Royally peeved more like,’ Nate glanced warily at several tattooed heavies smoking and laughing outside the Club before adding, ‘and a mite short of bodyguards should things kick off. Speaking of which, where are the Weasley twins?’

‘Arnie and Chuck are staking out the back entrance. But remember, we’re on watch patrol only. We call in the SWAT team should our Angel bless us with an appearance.’

A battered Honda Civic sidled down the road and stopped at the kerb by Nate. A gangly, spotted youth in faded college sweats looked nervously, yet longingly, at Nate’s muscled legs and glossy lips.

Nate rolled his eyes as the kid leaned towards the open passenger window and asked, ‘How much money?’

‘Money? Money you can’t afford bro’,’ snapped Nate, ‘now hit the road.’ His gaze flitted anxiously between the eager youth and the heavies watching from outside the club.

The college boy’s libido wasn’t to be dampened so easily.

His eyes firmly on Nate’s lopsided cleavage, he said, ‘I’ve never been with a…’ before hurriedly finishing with, ‘…look, I’ve got $50, how about it?’

As Clem’s guffaws crackled through his earpiece, Nate leaned in close and growled in his deepest voice. ‘Does your mother know you’re out this late, kid? Beat it, before Miss Demeanor here reports you for assault with a droopy weapon.’ Disappointment flashed over the youth’s face before he floored the gas pedal and screeched off. ‘What a loser,’ muttered Nate.

‘Nice to see all that training on how to deal with the public wasn’t wasted,’ said Clem.

‘Protect and serve don’t extend to what he was hoping for...’ Nate paused as he caught a brief glimpse of a face in a passing vehicle. ‘Hold up, cab just passed, I think it’s our boy.’

‘Are you sure it’s him? The SWAT boys will have our badges and balls if we’re wrong.’

Nate squinted at the rear window of the cab but it was too far away to see inside. ‘Not sure. I’m going to head over.’ Heels clacking and with Clem’s voice in his ear urging him to be careful, Nate tottered towards the club as the cab slowed and stopped. Ignoring the suggestive taunts from the nearby heavies, he held the cab door as it opened. A slickly dressed Hispanic male emerged and stared at Nate in confusion. It was Angel Gonzalez.

As Nate’s basque didn’t come with a hidden gun pocket, he had no choice but to stay in character. Thrusting out his fake boobs, he planted one hand on his hip and offered the other to Angel as he said, ‘How’d you like to lay all your love on me, honey?’

‘Honey?’ said Angel with disgust in his voice. He stepped back sharply and his hand went for his inside jacket pocket. ‘I ain’t your honey,’ he snapped. ‘Now scram, ho-boy, before you get hurt.’

Nate shrugged, and turned to walk back to his pitch. His parting shot of, ‘If that’s the name of the game, you’ll have to pay extra,’ was cooler than the trickle of sweat that ran down his forehead. He heard the words, ‘She ain’t one of us,’ when Angel queried the heavies before entering the club.

Ten minutes later and Nate was getting restless. ‘Clem, those gang members outside the club are beginning to stare. Ring those SWAT team flunkies again and tell ‘em to pull their fingers outta their fat a…’ Nate stopped when he heard Clem arguing with someone on his cellphone. ‘What’s the hold up?’ he asked when the conversation ended.

‘Goddamn SWAT team were already deployed on the other side of town,’ said Clem. ‘It was a false alarm but it’ll take twenty minutes for them to load up and get on over here.’

Nate wiped away the waterfall of sweat running down his neck and vowed never again to mix highlights and high humidity. ‘Twenty minutes my ass,’ he said. ‘It’s a hot summer night, city types will be out in force partying, meaning traffic uptown will be murder.’

‘Knowing you, I’m surprised you ain’t in there yourself, front-rowin’ the action!’ answered Nate with a chuckle.

‘I’m a married man now,’ said Clem. ‘The only busts I’m into right now are the ones that’ll promote me to Super.’

‘True perps like Angel are worth more than a minor druggie contortionist who kisses her own ass for a living,’ said Nate. ‘How about we take Angel on ourselves, gain all the credit, and show those SWAT boys what ballistic really means?’

Clem laughed. ‘So says a cross-dressing black policeman with no weapon other than killer high heels.’ 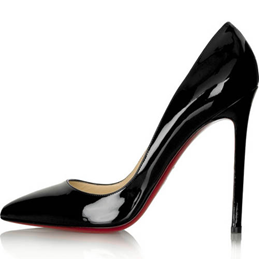 Suddenly, Nate spotted movement outside the club. ‘Whoa,’ he said, ‘Looks like Angel’s scored with Wing Mi. They’re leaving arm in arm. He wasn’t inside long enough to offload the plates, so this could be our chance.’

A slight, dark-suited man wearing a bow-tie came out of the club and grabbed the black sleeve of Wing Mi’s kimono and gestured back inside. Wing Mi shook her head and Angel started shouting. Several heavies flexed their muscles and moved closer.

‘Talk to me, Nate. What’s happening?’

Adjusting his wig for the umpteenth time Nate said, ‘Let’s put it this way, if Angel’s hoping to take a chance on Mi being allowed out for a quick Steak ‘n Shake then the management’s got other ideas.’ As he spoke, a vehicle pulled up in front of him and a familiar youthful voice said, ‘Okay, I’ll give you $80.’ It was college boy.

‘What?’ said Nate, who more concerned with bow tie man, who had just clicked his fingers. Two of the heavies immediately dragged Wing Mi back into the club.

‘A $100 and no more,’ said college boy becoming desperate, he even waved the note out of the window.

‘Shit,’ said Nate, as the remaining three heavies walked threateningly towards Angel causing him to back up the sidewalk.

‘Thing’s are getting hot,’ said Nate. ‘Weapon out!’ he hissed as Angel pulled a gun. The heavies started backing off.

‘Weapon out?’ muttered college boy. He gave a lascivious smile before suggesting, ‘Hop in and we’ll go somewhere less conspicuous.’

College boy unlocked the passenger door and gestured to Nate, he was oblivious to the gun-waving criminal who, having spotted the idling Honda Civic, was now headed his way.

Nate made up his mind. ‘I’m making a move.’ He flexed his fingers round the Honda Civic’s door handle and slipped out of his unstable heels. Clem swore. A siren began to sound. It cut through Nate’s earpiece like a blunt saw, making him rip it out to dangle free. Angel rushed up – short of breath and waving a .22 Baby Eagle automatic pistol. He stooped and pointed his gun through the window at college boy whilst shrieking at Nate to back away. When his male eyes automatically clocked Nate’s enhanced chest he froze. The earpiece nestled there exposed more than fake cleavage.

Nate wrenched the door open, slamming it into Angel. There was a dull clunk as it impacted with his chest and forehead, followed by a crack as the .22 fired. Nate and Angel both fell backwards to become mirrored still bodies on the sidewalk.

Angel kept the whereabouts of the printing plates close to his chest – strapped there in fact. When Clem and the cavalry arrived, he was completely out for the count – Clem reckoned ten hours in hospital and ten years in prison would be enough for a full recovery.

And as for Nate, a point blank gunshot to the chest was not something easily recoverable from. Not when the SWAT boys framed his bone-reinforced, bullet-turning basque and hung it in their trophy room with the title, ‘The Nate MK 1 Body Armour’.

Nate got his own back when he was made superintendent shortly after. To celebrate, he added the hundred dollar bill left by college boy at the scene to the ‘armour’ along with the caption, ‘The Winner Takes It All.’

Well done if you got all twenty one. Most people don't as they're well hidden. If you want all the answers to be revealed then click here.

Download a printable Abba Songs phuzzl PDF version (includes answers at the end) if you prefer. Be sure to recycle it by passing it on for others to do!